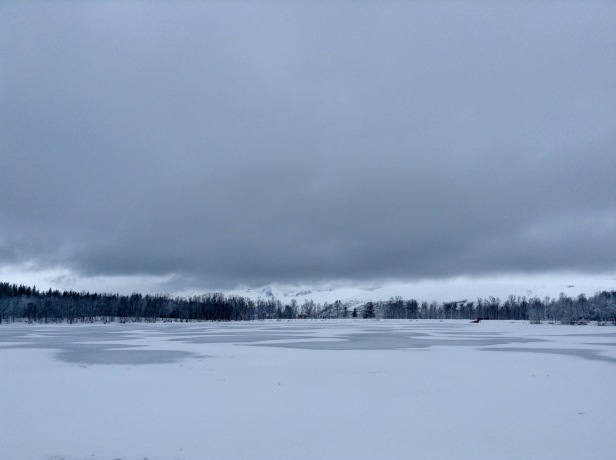 Having had a viking obsession from an early age, a trip to Norway was a must. My friends and I decided to go to Tromsø as we thought we would combine the trip with an attempt to see the northern lights, and apparently Tromsø is the place to do this. Tromsø is considered the northernmost city in the world with a population above 50,000. The city is the third largest north of the Arctic Circle, so it was incredibly cold and mostly below 0 degrees for the duration of our stay. 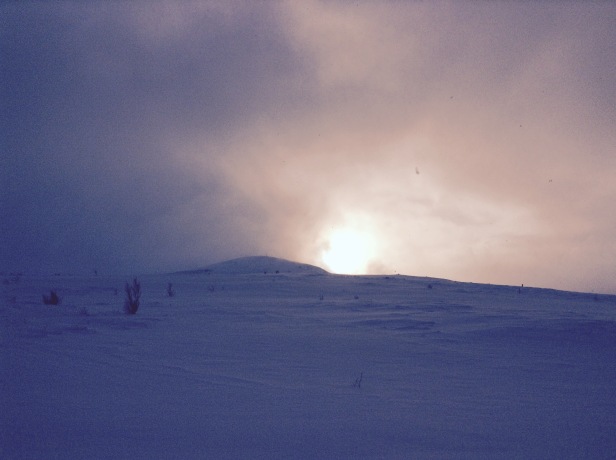 The main reason we decided to take this trip was for a Northern lights chase. From the outset of our tour to see the northern lights we were told to not get our hopes up. People go on multiple tours to see the lights, yet we only booked one night to see them (they’re not really the cheapest trip to go on)! My friend stated that she would be severely disappointed if she came to Norway and didn’t see the northern lights, going as far as to say ‘what’s the point in coming then?’ if we didn’t see them. I’d just like to state, she isn’t the most positive person, and that is rich coming from me. Well, our luck was at the maximum! Within the hour we saw the lights! She got what she wanted!

It didn’t stop there, for the remainder of our chase the lights were frequently out and could be seen!

However, what we didn’t know is that the lights aren’t actually completely green to the naked eye. To get the vibrant green you see in the pictures you have to use a camera as, apparently, human eyes can’t take in all the light yet a camera’s shutter speed can. To fairly describe what I saw, the lights were a slightly darker wispy smoke cloud that you get from a bonfire that danced and formed strange shapes. Maybe I was under the influence? But that’s being too negative! It was still fantastic to see the northern lights, and the camera did a bloody good job of getting the standard postcard image of the lights! I just wish after seeing them as clearly as we did at the beginning, we didn’t have to freeze in -15 degrees for a good two hours.

Another highlight of the trip was spending the night with Huskies! This was amazing. Joy would be an understatement of the emotion I was feeling. As soon as we arrived in the bus you could hear the howling. The Huskies were rather excited to see us as they are trained to love humans from an early age. The night was spent stroking the huskies, and sitting in a Sami tent holding the cute husky puppies!

I can’t mention Norway without referring to mountains. The main mountain of Tromsø is Fjellheisen. We decided to go up the mountain on the worst of days. After a sunny morning, which is how we left the flat in, close to the mountain a blizzard started. The only option left for us was to take the cable car up to the halfway point, due to losing visibility of the path, and we weren’t equipped to deal with the amount of snow! We knew the weather could change in an instant, yet we didn’t prepare. Once at the halfway point, the snow hadn’t stopped, but that didn’t deter me. I left my friends in the safety of hot chocolate and decided to make my way to the peak, as I could see the snowstorm finishing. It’s safe to say I didn’t make it to the top. About half an hour into the walk, I couldn’t see a thing 5 feet in front of me. For my own safety, I turned back. On my way back, the sun came out and I was able to see a magnificent view of Tromsø.

The city of Tromsø itself has multiple sights to see too. From the Arctic Cathedral, to a nice walk around the lake of Prestvannet. Of course there are a variety of museums to look around, and an aquarium with seals! Unfortunately, the seals didn’t really want to pose for the camera. And of course, as the people who know me well, the main attraction is the coffee shops to sample delicious pastries. Let me finish by saying; Norway you do some fantastic pastries.